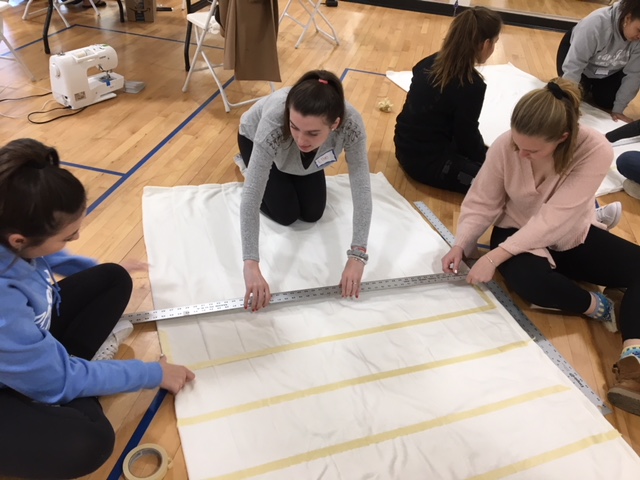 On Saturday, April 21, 2018 Sydney Soloway, now a graduating senior at Dana Hall School in Wellesley, MA, organized and hosted the 4th annual SquashCares event. As a 14-year-old, Sydney was an avid squash player who also wanted to contribute to her community. Sydney began to recycle used equipment for those less fortunate but realized that the small rubber balls could not be reused. After some research, she discovered that she could sew the balls into fabric to create a weighted blanket. She gave the first blanket to her Autistic cousin who found it to be comforting and calming and this was how SquashCares was born. Soon after, Syndey approached CHS to become a recipient of some blankets and the relationship continued.

Each Spring, Sydney organizes a large sewing event at Dana Hall and volunteers come to assemble and sew the blankets, which are then donated to many non-profit organizations in New England. Gale Alles, CHS Operations Manager, participated and spoke to the volunteers about individuals supported by CHS who use the blankets with positive outcomes and thanked them for their participation. Sydney will graduate in June and continue her studies at Hamilton College in the fall. The non-profit she founded will continue on with the help of college groups, squash leagues and other supporters.